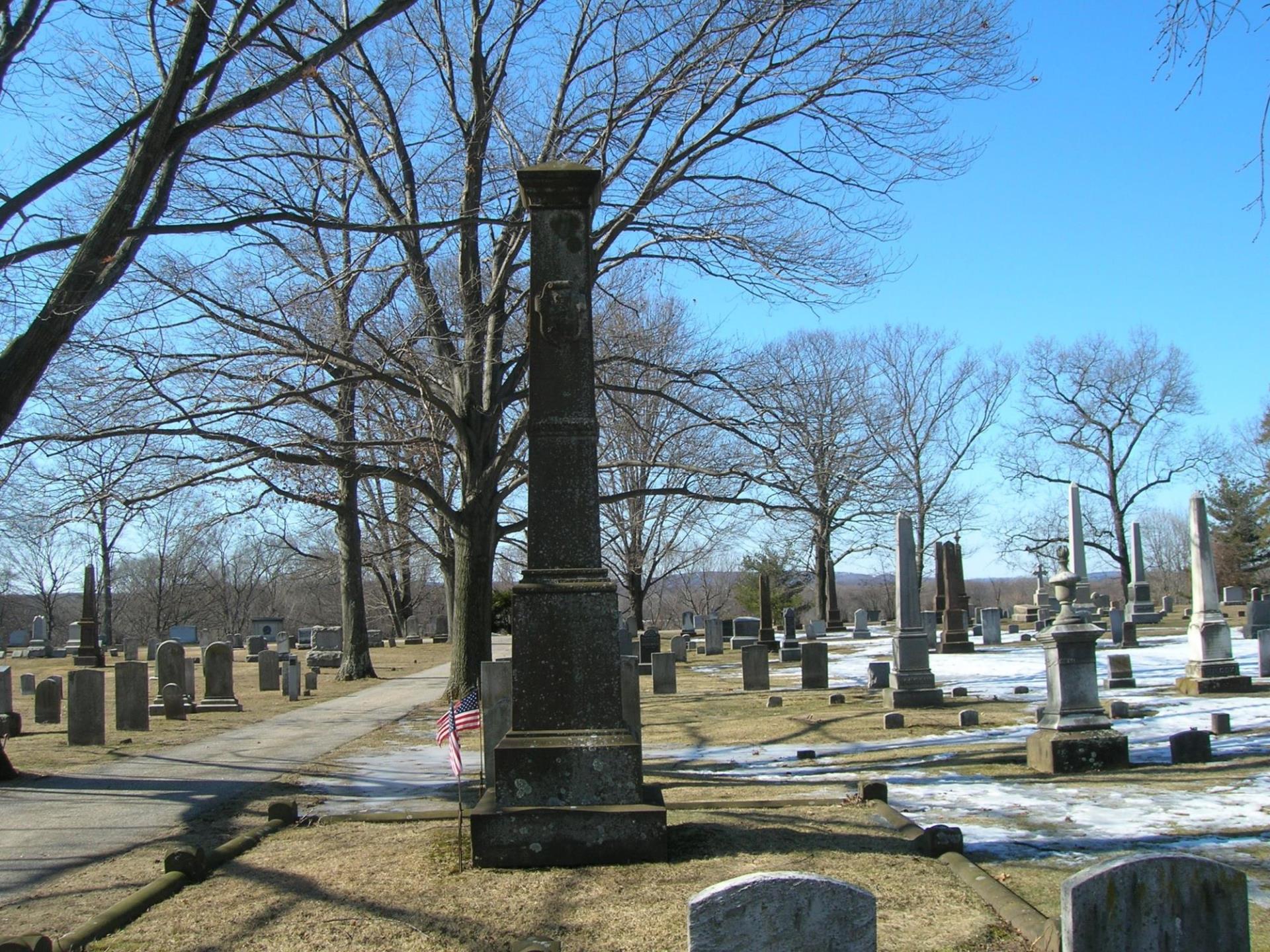 Civil War - The tall, red stone obelisk is significant historically because it is tangible evidence of the honor and respect paid by the community to those who died in service during the Civil War.   Lettering on the monument states that it was erected in July 1872 in memory of volunteer soldiers from our village 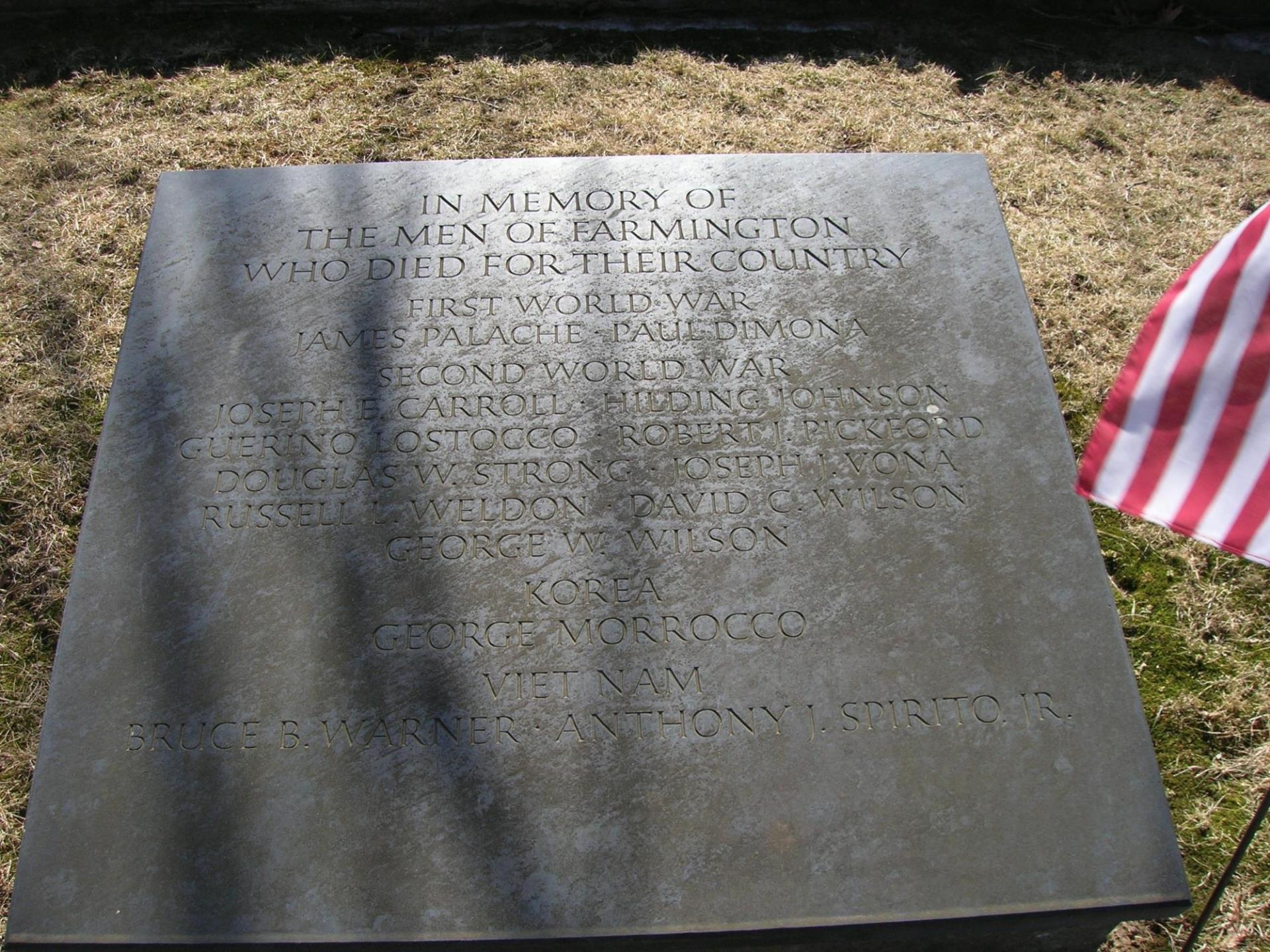